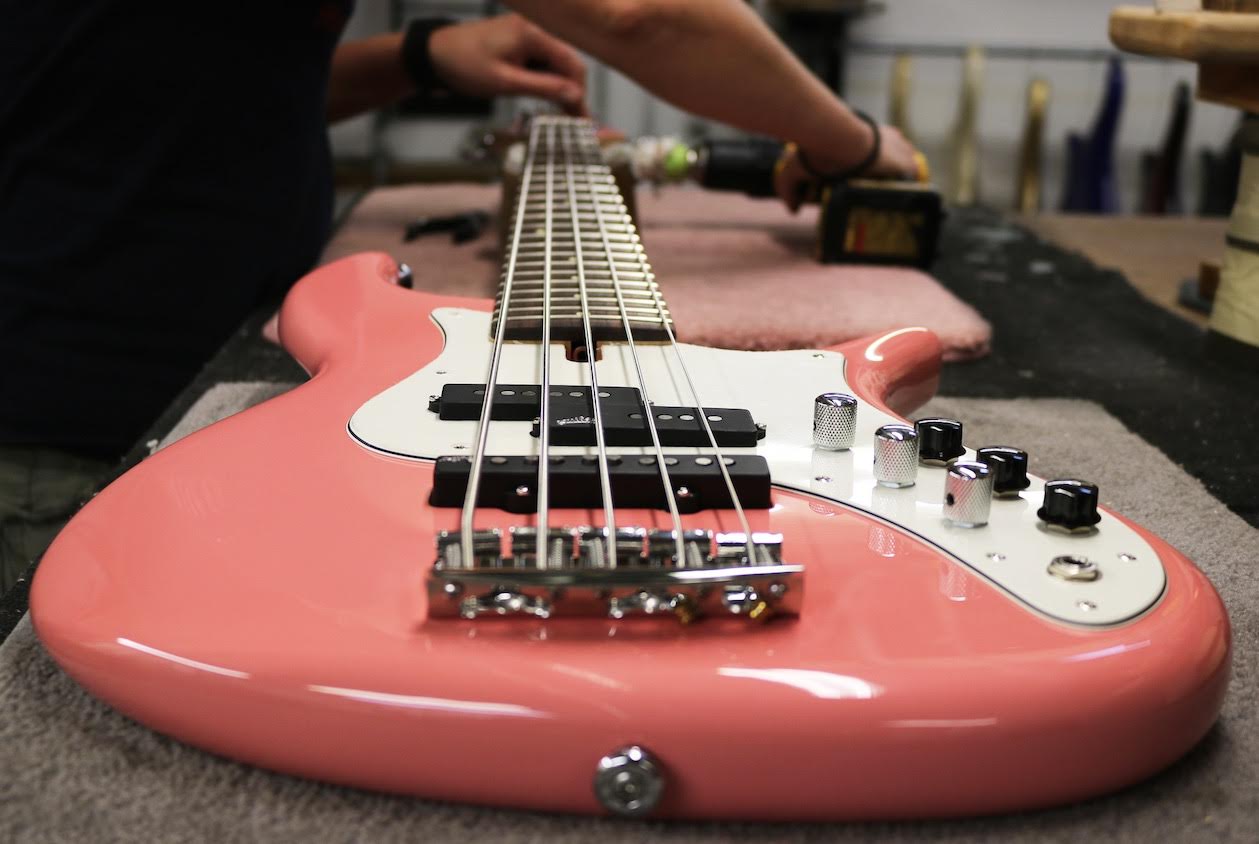 Behind every online publication, there’s someone running the show and making sure quality content is delivered to readers. For iBass Magazine, one of the Internet’s leading bass guitar publications, that’s Nick Wells.

iBass Magazine is an online bass guitar magazine for iPad and Android. Shifting away from the new format of an online magazine or publication where the website is the primary hub for information, iBass doesn’t offer any online content. The entire publication is available to readers for a one time subscription fee of $26.99.

Nick Wells is the man at the helm of iBass Magazine and I had a chance to reach out to Nick to see if he could lend some time and insight to Smart Bass’ ‘How I Play’ series.

Get to know the editor of iBass Magazine, Nick Wells below.

What is Your Current Gig or Project?

I just starting out on a new venture with a fantastic singer/songwriter called Dan Wilde. He has a new album out, Rhythm On The City Wall, which is already getting some great reviews. Dan produced it independently and recorded the whole thing while he was out in the Republic of Bashkortostan, Russia. It’s a really great record.

In the words of Geezer Butler – ‘Im in it for the volume!’ 😉

Your Current Setup and What is Favorite Piece of Gear at the Moment?

Right now, I’m playing an F Bass VF5-PJ, which has a great coral pink finish and Aguilar pickups. It can give you a vintage Fender-style tone if that’s what you need, but switching in the active preamp takes it to another level. If you’re thinking of getting a 5-string then you really should check out one of these basses!

I have four hard drives full of video interviews that I’ve filmed for iBass Magazine. Since I launched the magazine a few years back I’ve steadily been interviewing as many bass players as I can. From Marcus Miller and Victor Wooten to Duff McKagan and Will Lee (at the time of writing I’m getting ready to interview Christian McBride). I’m currently working on a documentary that will feature the best moments from all that footage. It’s been a real journey and I’m so glad I’ve been able to document it.

My practice space is pretty small. I have my bass, a small practice amp and a Mac! I don’t practice as much as I used to. When I was younger I would spend hours transcribing Weather Report solos and really getting my technique up-to-scratch, but now I use any spare time to get my ‘homework’ together ready for the gig. Everything else I save for soundcheck!

What Are You Currently Listening To?

‘Lazarus’ by David Bowie and Hold On! by the James Hunter Six

Memoirs of a Geezer by Jah Wobble, and iBass Magazine, of course. 😉

Who Would You Love to See Answer These Questions?

There are two that come to mind. The first is that, “You will never be great on your own, you need to be able to work with people.” And the second, “The greatest danger in life is to not take the adventure.”