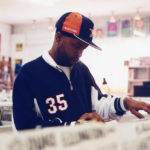 This is a guest post from Young Pandas bass player, Kyle Nagel. For those who don’t know James Dewitt Yancey, better known as Jay Dee or J Dilla, he was a hip hop and R&B producer and rapper who had a tremendous impact on hip hop beat making and sampling culture from 1995 until his death in 2006. Yancey’s music has continued to influence and inspire long after his … END_OF_DOCUMENT_TOKEN_TO_BE_REPLACED